As the Minnesota melt progresses, I’ll leave my coat inside, grab my ice chipper and head out to the front yard. Chipping ice under the finally warm sun, I’ll create little rivers in the ice as the water drains away—a map in my driveway. Inevitably I think about the Seine River that flows through Paris, and I think about tulips and daffodils and blooming trees. Sure, we also have flowers and blooming trees, but here they aren’t surrounded by Paris, and Paris is my favorite place.

This year hits a little differently. In the Before Times, I knew if I happened to have the time and money, I could always jump on an airplane and go. Springtime made me think of Paris more.  Maybe it wasn’t possible, but it wasn’t IMPOSSIBLE. It’s impossible now.

Since the pandemic started – over a year ago now – we’ve all had to give things up. We’ve all heard “NO” a million times. Most of us have taken it well and adjusted our expectations. But I’m convinced that everyone has at least one nagging thing that we’ve been told “NO” about these days, and we’re ticked off. Paris is mine.

I just don’t like that Paris is off the table.

Not being one to wallow, I’ve found that it’s helpful to go to Paris in my mind.  What would I do? (wander) What would I want to see next? (Sacre Couer)  What would I eat? (ham sandwiches on baguettes with butter) Travel books, travel videos, and my old photos have all helped me plan my next trip. When will it happen? I have no idea, but it doesn’t matter.  Like Rick Blaine tells Ilsa in Casablanca, “We’ll always have Paris.” Whatever your Paris is, it’s still out there, just waiting for you.

Dreams delayed are not necessarily denied. Being human beings, we love the illusion of control. If we’re honest, we’re always at the mercy of something.  Maybe it’s a budget; maybe it’s a job. Perhaps it’s fear.  Right now, we’re at the mercy of COVID, but it’s not that different from ordinary life. We all just happen to have the SAME restriction now.

So plan it.  Plan your dreams.  They’re out there.  They just might not be on YOUR schedule. 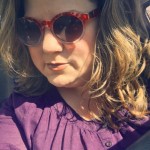